See the dance that is in you.

Hello again! : ) I hope you have been well. Recently I have been experiencing very radiant, somewhat existential experiences during my day-to-day life, and rather than diving into them precisely (since I could talk about the main things I am thinking of for hours), I thought I would sort of journal about them. Be forewarned, this post will probably be a long one. ; )

First off, I have been having really amazing interactions with all kinds of people, whether they be peers that I have been dancing with since I have entered college, colleagues, family, or even random strangers, most of my interactions have been really meaningful and warm. For example, I have had some people that I really respect approach me and comment on how they have seen me grow as a dancer and as an individual. Someone even noticed that I never fell into a really bad dance habit (that I have been trying to break since I was in 8th grade) during a combination, and it absolutely made my day. And, to enhance that happiness that I was feeling even more, afterwards I encountered this little butterfly, soaking in the end of the summer sun! 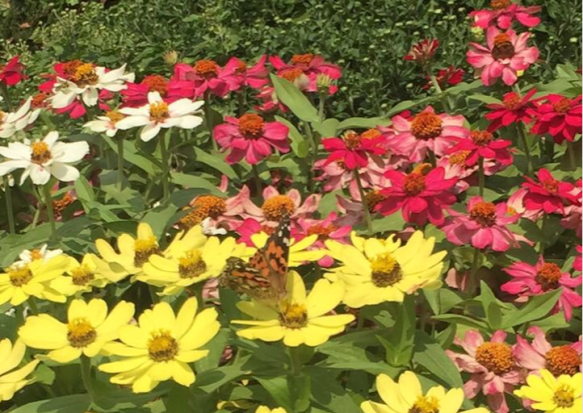 It may seem like a pretty casual thing, but it just happened to land in my path as I was walking to another class, and it just felt special. : ) Along with that, last night I had an incredible, mind-boggling discussion with my boyfriend Michael, and my dad and older brother who are visiting for the weekend. We had an incredible talk about the brain, an intense passion and interest of mine, while we had some “Fireside Vanilla Spice” tea. It was a really incredible night.

I think the reason that these recent, somewhat simple moments have been so impactful to me is due to the fact that I had a very bumpy start to my school year. In the week before school started, I had three major events happen to me, all of them brand new experiences to me. The first big event was the Total Eclipse. My mom, my younger sibling, Michael (the love of my life), a couple other friends and I all ventured on a two and a half hour long drive up to Wyoming for the Total Eclipse. We jammed all the way up, slept through the rest of the morning, and then woke up to experience this unbelievable phenomenon. Michael took this photo at totality. If you did not get to experience this Total Eclipse, I highly recommend that you try to make it to the next one. There are lots more happening in lots of different places of the world, and truly, this experience is unlike anything I or you will ever witness.

Now, keep this in mind when I tell you the rest of this story, okay? Wyoming was the place to be for this event, so, when I tell you that the next eighteen hours were spent in a minivan, for what normally is a two and a half hour drive, let me preface by saying that it was total(it)y worth it. (See what I did there? : D ….I’ll walk myself out.) Traffic was at an absolute standstill, but we mostly slept and people watched, as well as jammed out of course! Unfortunately, due to this occurrence, the amount of sleep that I had received in the past 24 hours was about 4 hours worth, and I had work the next day!

I just recently was given a job as a dance instructor at another studio in Boulder. (That’s right, job number 3!) This company is such a wonderful group of people, and right after the Eclipse was my first day of work, where I taught an Advanced Tap class! The first half of class was an absolute blast. I love my kids and I loved getting to know them and their abilities. During class, I had taken a little brain break to teach them how to do coffee grinders. After demoing it, I stood up to watch and keep teaching, when I had the feeling of my eyes fogging up from having low blood pressure. I experience this quite often unfortunately so I knew what it was, but this time was different, as the fogginess was not going away. I realized that I was losing my vision, so I told my class to take a water break and I sat down. That was not helping, so I wandered out to the lady at the front desk, who I had just met, and started telling her something was not right. As I was trying to explain, and as she was responding, I started losing hearing, to where both of our voices became muffled. After that, I remember dreaming about teaching my class, as if nothing had happened, but that was not the case at all, unfortunately. I fainted, and according to the lady, I collapsed and bumped my head onto her computer on the way down.

I was apparently out of consciousness for almost half a minute, and when I recovered, she sat me down, put an ice pack on my neck, and gave me water, which healed me almost instantly. We sent the kids home for the night, and they were all incredibly understanding and sweet to me, which I really appreciated after how embarrassed I was! My second day of work went much better, and my boss was completely understanding and encouraging, which made me feel much better. : )

The final unfortunate event that happened to me that week was the loss of my lovely little car, Misty.

I was in a car accident that resulted with me getting T-boned at around 35-40mph. Incredibly, no airbags went off, and nobody was severely injured. I suffered some pretty harsh whiplash and a cervical strain, but I was treated very well for them and recovered fairly quickly. The other driver was incredibly sweet, and helped me and her both stay calm during the very stressful situation. Unfortunately, my car is seemingly totaled, due to the frame being forced into the middle of the car, which is incredibly expensive to fix. While it was a rough end to my week, I am completely focused and thankful of the fact that nobody was hurt worse, and especially that nobody was in my passenger seat.

However, even with all of the crazy occurrences that happened that week, I was able to find small details that really made my heart open and warm to the world around me during the following week. For example, this little find on the sidewalk walking home from classes! I am not sure if it is asphalt or something else entirely, but it looks like the tiniest footprint to ever exist, and I just thought it was fascinating and adorable. 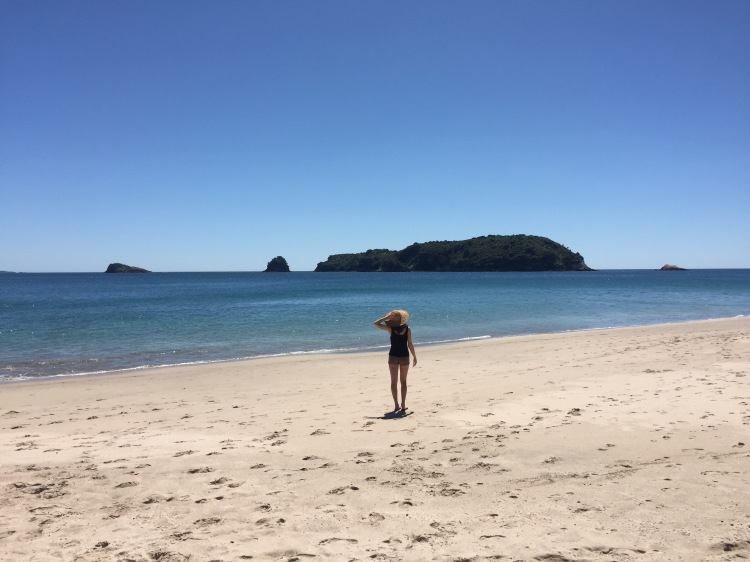 After the past couple of weeks, I have grown to really start fully soaking in everything that is happening around me, as everything in this life is precious. : )

So, what impactful things have you encountered recently? I am fascinated with other people and their personal experiences, so if you’d like, feel free to leave me a comment with a story, or something simple, like seeing a super tiny footprint on a sidewalk. ; )

The Music That Is Me!